← Toonami: An Important Part Of My Childhood, Reborn. Plus A History.
Cartoon Network brings back Cartoon Planet and Toonami: A step in the right direction? →

E3: What To Expect Next Week.

E3 has been a staple in the world of pop culture, along with Comic Con. E3 has been the only reason why I watch Spike besides watching Star Wars marathons. I’ve always wanted to go out there, get some sun, view the landscape, and witness some new games/consoles news. For years I have always been waiting on 3 things to happen.

For the past 6-7 years I keep getting disappointed, but this year I do not expect any of those things to be announced. But here are some things I am most excited about:

The Wii U. I am very stoked about this system from Nintendo, not only does it look sleek but it’s controllers have screens on them so that when you go get a snack, or it someone has to use the TV that the system is hooked up in, or take a dump (please do not do the latter) you will be able to keep playing. For me, that’s awesome. But here’s the question: will the Wii U cater for the hardcore gamer? Will it right the wrongs of it’s predecessor? Does the answer “It will have Resident Evil 6 as soon as it’s released?*” satisfy you? For the time being, yes.  Nintendo took a risk with the Wii, aside from having motion controls and a few gems here and there, the system as a whole failed. But you know what, gotta give them kudos for trying something new.

About 3-4 years ago, Resident Evil 5 came out. It received pretty good reviews, but the true hardcore fans  yelled BETRAYAL and were sick and tired of the direction the series was taking(visa a vee being a action shooter game). On some level I agree with them. I loved the horror survival aspect of it, like how they make every bullet/medic pack count, and the creepy haunting visuals of the game, plus the stories weren’t half bad. But I don’t agree with them on some level, like the graphics.. the character models blew, the controls were muddled, and the voice acting was atrocious! Most of us can agree that Resident Evil Nemesis almost killed the franchise, so it’s perfectly understandable that they wanted to try something new, to give the franchise a kick in the pants. So what happens when you combine the best parts of both worlds? We will probably get Resident Evil 6. This game looks super promising, we have Chris and Leon in this game together. They go up against a new form of Bio-terrorism.  And yes this time it will be zombies. I am pretty sure that this will be the show stopper next week.

Even though it has been delayed till 2013, the fans are still antsy about the new Tomb Raider reboot that Edias is making, count me as one of them. Sure, the demo last year looked very… God Of War in terms of gameplay, but hopefully they have some new stuff to show us, like for instance I want to see her shooting some people, and also I want to see more of the story, like how she got here and how she will cope with being in the middle of nowhere with nothing but the shirt on her back.

Probably the most anticipated game this year is Halo 4. For the first time ever, Bungie is not making this game, instead it’s 343 Industries. Now some will have uneasy feelings with this, but have no fret because they remade Halo last year, and it kicked ass. Halo 4 marks the start of a new trilogy with Master Chief to face his destiny and the threat of an alien race that threatens the whole universe. Expect Microsoft to make a splash with this game, and I am very stoked for this game.

Also expect to see lots of new things on Grand Theft Auto 5. At this point what could be added to make the Grand Theft Auto franchise better? Even bigger environments? More weapons? You tell me reader. If anything, just revisiting San Andreas is good enough for me.

Already released in Japan, Kingdom Hearts 3D is expected to show up. From what I already know, this game looks cool, and it appears that it uses the Nintendo 3DS capabilities quite nicely. Unfortunately I do not own a 3DS, but it still doesn’t change the fact that people are excited for this game. The game takes place after Kingdom Hearts 2 (really, a direct sequel this time?!) This time Sora and Riku have to pass tests in order to become Keyblade Masters, and they have to go to their very dreams to do so. They go from familiar places such as Traverse Town, to new places such as Notre Dame, and Tron 2 worlds. I was not really a fan of Tron Legacy, but the obvious highlight is Jeff Bridges, and oh my god did the developers got him pinned down. Look how crazy it looks!

Anyways, that is all I have to say about Kingdom Hearts 3D, should be a good one.

This isn’t normally something out of the norm that Square Enix would do (usually they do this thing during  The Tokyo Game Show), but I really want them to release new stuff on the “slow as molasses developing” Final Fantasy Versus 13. Nothing new has come out, and fans are starting to get disinterested in the project, I know I am. This game looks special, something really promising since Final Fantasy 7 (c’mon Final Fantasy 8 thru 13-2 were truly disappointing). It doesn’t have to be a release date, but please show us something new. 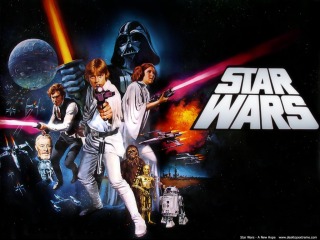 And to end this article we are going to be treated to a new Star Wars Video game franchise. It’s codename “1313” (a reference to Boba Fett) should be a very big clue on what it’s going to potentially be about. But it could be a entirely different game. Maybe it could be a space combat game such as the X-wing/Tie Fighter games from the PC. A reboot of Rogue Squadron (oh god yes), or by some miracle of christ that it’s Battlefront 3. But they say it will be a new franchise, so that means that all of those guess will be invalid. Who knows, should be a very exciting time for Star Wars fans.

That is everything important I have to say. Now there maybe some surprises like prototypes for PS4 and Xbox 720, but I am not going to place money on that. Until E3, Bye!

Hi everybody, I am an amateur Artist/moviecritic/writer/entertainer. You don't know me, at least not yet. I also review Video Games. Soon I will post podcasts and Video Reviews.
View all posts by beyondthetape »

← Toonami: An Important Part Of My Childhood, Reborn. Plus A History.
Cartoon Network brings back Cartoon Planet and Toonami: A step in the right direction? →