← WTF? A Sir Issac Newton Action Movie In The Works?
My Opinion/Expections/Predictions On The Amazing Spider-Man →

E3: My Picks of The Show

So this is my final day on the whole E3 shabang, so today I will give you my picks of the show through tired categories and new categories that I made up.

Award for best lookalike: Sony  (The Last of Us and Beyond).

When I first saw beyond, and having seen The Last of Us.. is Sony on a Ellen Paige kick? Because if you look closely, the characters look alike and sound alike because they are the same person. So I’m pretty sure people are getting confused with this. So I award Sony this award for best lookalike! 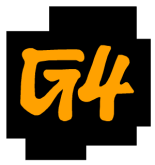 Even though Spike Tv had both the Microsoft and Nintendo show, it was G4 that had the superior coverage of the event. Not only did they show some new games that didn’t make it onto the conferences, but also gave away some goodies too for the twitter-holics. That is why they win this year’s E3 coverage award.

Who knew that such a show of small proportions can be the shows best? I tell you why, it’s because of all the titles that are coming out this year. The show was simple, it got it’s point across and showed you some games without all that shalalalalaa and ding dang dong. Nobody will agree with me on this, but I am standing my ground. This is the show of the show for me!

Now lets get on to the nitty gritty, The Awards.

There weren’t many RPGs at this year’s E3, so this award easily goes to Kingdom Hearts 3Ds. I really do wish Square Enix makes up for this at The Tokyo Game Show this year with Final Fantasy versus 13.

Shocked? I’m not. This game blew me away and probably many others with Beenox’s attempt to finally make a good movie video game. And It looks like they succeeded, I have nothing but anticipation for this game it looks so exciting to play, nothing else came close when it came to finished games department.

This was not even close as this year’s E3 was short in the surprise department. But this game looks like a surefire blockbuster with it’s bold attempt at making this world big and ambitious. With technology as a weapon, it’s a damn good idea.

Yeah, I had to put this as an award because of the other game franchise that is getting a reboot: Devil May Cry. Don’t get me wrong, I like what I see.. but not as much as Tomb Raider. This gritty reboot has me amped for the survival mechanics, and the pretty graphics.. but also the origin story of a young Lara Croft and how she became the badass she becomes. I hate this pick, I really do. But it is the only game I tolerated from the others.. plus it has the smash brothers fighting engine, so I guess it could be fun.

At least they are willing to improve their craft by adding a new physics engine.. and with no sight of NHL 13.. this game wins easily. Can I please choose NBA 2K13??

I am actually pretty excited for this new entry in the Halo franchise, should be a lot of fun to play.

Best PS3 Game: The Last of Us

Should be the greatest zombie game ever made to date, should expect nothing less from Naughty dog.

I mean there was like only 2 other games.. lol.

Now we go on to the rotten eggs section

The fucking thing barely worked, and I consider this one of the all time worst presentations of all time. Finally, a thing from JK Rowling that indeed sucks.. had to happen sooner or later.

This show was just one big YAWWNNN! Nothing new, just some bullshit on titles I don’t care for. Now if NHL 13 was there I might change my tune, but nope.. nothing at all.

Whoever hired these people should get their gamer cards taken away, I’m not saying that the hosts are not gamers.. but man their performances made me believe they were newbies at this game. As the hecklers from The Muppets would say;

BOO GET OFF THE STAGE!!

This one I have to add my two cents in.. it’s a game about a upcoming show on SYFY.. those last two keywords are red flags. It just looks like a shiny but typical MMO.. YAWN. At least the Wonderbook is trying something new, that’s why it barely evades worst game credentials.

Well, that is it for me this year. But next year, I will make an effort to actually be there and give you nice stuff from the floor with interviews and other goodies. Till next time, see ya!

Hi everybody, I am an amateur Artist/moviecritic/writer/entertainer. You don't know me, at least not yet. I also review Video Games. Soon I will post podcasts and Video Reviews.
View all posts by beyondthetape »

← WTF? A Sir Issac Newton Action Movie In The Works?
My Opinion/Expections/Predictions On The Amazing Spider-Man →